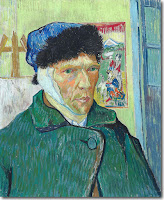 Vincent van Gogh is probably one of the best unknown painters

Even if you don't follow art you probably have seen van Gogh's work and portraits of him including those after cutting off his ear. His work is sprinkled throughout pop culture, in T-shirts, mugs, clocks, etc. Working first as an art dealer and then minister before turning to painting at age 27, within approximately 10 years, created 2,100 works including 860 paintings, and more than 1,300 watercolors, drawings and sketches remaining virtually unknown and penniless his entire life. Vincent Willem van Gogh has been mentioned in previous posts, in relation to art movements, portrait selfies and with Paul Gauguin regarding their friendship. 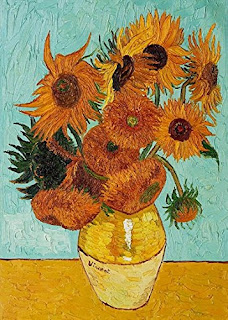 Vincent struggled with his art and his mental state his entire life. He drank heavily, indulged in drug use and often neglected his health. He was considered a maniac and a failure. The quintessential misunderstood genius, the crossroads where madness and creativity converge. His troubled personality embodied the romantic ideal of the tortured artist.

His art is recognized by his use of vibrant colors, expressive brushwork, movement, beauty and emotion. His brother, Theo was a supporter of the arts and van Gogh's sole benefactor. Vincent wrote Theo over 800 letters during this time that document his declining frame of mind, are works of art themselves, compelling and lyrical. 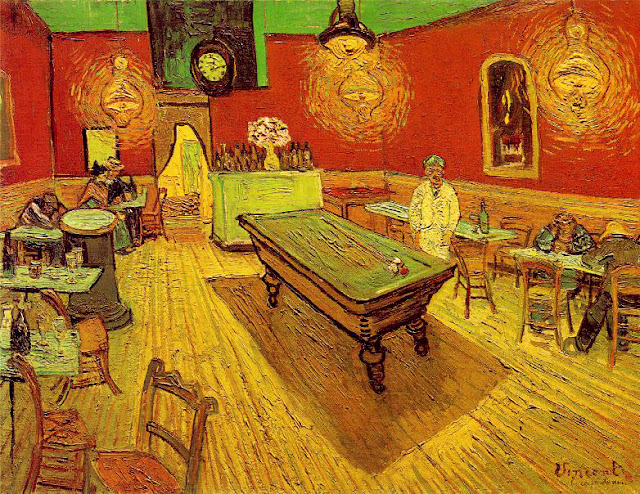 Vincent liked Japanese prints and his art reflects how strongly he was affected by it. His works have influenced artists all over the world and fetched record breaking prices, ranked as some of the most expensive in the world, his painting, 'Irises' selling for over 33 million dollars. 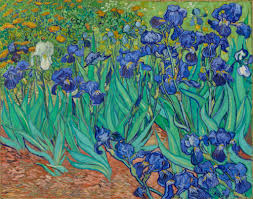 His life and work have been the subject of several movies, including my current favorite, 'Loving Vincent', an animated film created in his painting style, over 65,000 cells hand painted by 50 artists, centered around the delivery of his last letter to Theo, after his death. It's a work of art itself and beautiful to watch even if you're not a van Gogh fan.

Vincent van Gogh was born March 30, 1853 and took his life in 1890 at 37 years old.
Follow my blog with Bloglovin
Art Artist Artists Post-Impressionist