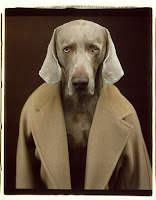 William Wegman is known as "The Dog Photographer"

Wegman, who originally planned to become a painter is best known for creating series of compositions involving dogs. His interest in painting led him to photography and then video. Wegman began producing photos and short, performance videos in the early 70's, many featured his Weimaraner, May Ray, named for the famous surrealist artist. His second dog, Fay Ray, another Weimaraner, was also frequently the subject of Wegman's hilarious, thoughtful and touching work as well as her successors. "My Weimaraners are perfect fashion models", says Wegman of his subjects. "Their elegant, silky 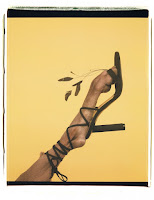 forms are covered in gray - and gray, everyone know, goes with everything." Although primarily known as a photographer, Wegman returned to painting in the mid 80's creating a number of canvases, some filled with smoke and fire that depict natural and manmade disasters.
His work has appeared in a variety of films, advertisements, books, and television programs including Sesame Street, Nickelodeon, Saturday Night Live and screened at Sundance Film Festival.
Wegman's works are currently held in the collections of the Art Institute of Chicago, The Museum of Modern Art in New York, and the National Gallery of Art in Washington, D.C. among others. 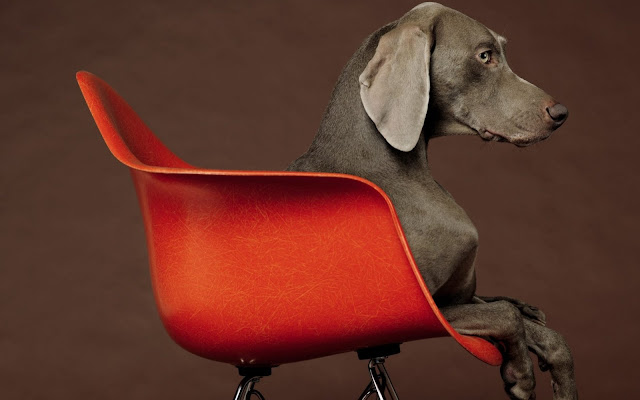 You've probably seen videos of dogs in clothes with human hands on social media and may not have known Wegman is the originator of this style.
Follow my blog with Bloglovin
Art Artist Artists Composition Compositions Film Movies Photography