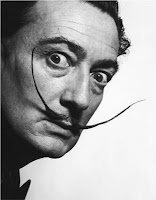 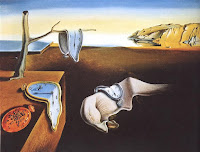 Hi Art lovers!
I am very close to launching my blog, and really excited but working out some important behind the scenes details to make sure everything performs as it should. I hope to get lots of feedback, comments, and suggestions as we all get high on art!

These actors are amazing painters!I know this subject isn't new but recently I saw a short film about Jim Carrey and his paintings. I have seen many of his films and don't consider myself a fan, but damn, he is an incredible painter! Also, his philosophy on art and the attitude about art was impressive. His paintings and the reason he went back to it after many years was touching (click his name in the link below to watch it). I showed the video to my husband who informed me that Billy Dee Williams is also an accomplished artist. My personal definition of 'accomplished' is that the work would still be gallery worthy without the star status of the actor and chose some of the ones that would thrill me to have in my own collection. With a little research (and personal opinion) I think I dug up some pretty good stuff.

Jim Carrey:
Billy Dee Williams on being a painter: When you're painting you just lock yourself up in your little private world. And it's all about yo…

But first, let me take a selfie - The Chainsmokers (American pop duo)

The only thing new about selfies is the name.

Self portraits, the original "selfies" have been around since the first desire to immortalize ourselves.
In my previous life I was a big shutterbug and occasionally exhibited my work. My friends and I often would turn our cameras around  pointing the lens at ourselves and yell, "focus me!", which resulted in blurry, overexposed images that were fun and sometimes resulted in 'happy accidents'.
These are selfies of some of my favorite artists. I really had to narrow it down or this post would have been way too long.
You might have seen this one of Vincent Van Gogh, even if you didn't know who he was, you've  probably heard of him.The one who cut off his ear, and gave it as a gift to a woman he was fond of (although that story is wildly debated in the art community). This portrait was done not long after it happened.


Leonardo Da Vinci was also an inventor and his sketches have been used in text books, movies, l…