I wrote my first novel because I wanted to read it - Toni Morrison (American novelist, essayist, editor, teacher, and professor) 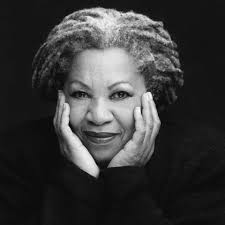 Morrison, one of the rare American authors whose books were both critical and commercial successes was probably best known for her most celebrated novel and movie 'Beloved', the Oprah Winfrey directed film, which was on the best seller list for 25 weeks, won her the Pulitzer Prize, the Anisfield-Wolf Book Award and was the first African American female to win a Noble Prize in literature. Morrison started in the literary world as an editor of text books, moving up to senior editor, instrumental in bringing black literature into the mainstream, and was 39 when she published her first book, 'The Bluest Eye', which only did well after being put on the City University of New York's black-studies reading list.

Her third novel, 'Song of Solomon' was a main selection of the Book of the Month Club, the first novel by a black writer since Richard Wright's 'Native Son'. Canadian writer Margaret Atwood wrote in a 'Beloved' review for the New York Times, "Ms. Morrison's versatility and technical and emotional range appear to know no bounds". 'Beloved' is the first of a trilogy of novels about love and African-American history, sometimes called the Beloved Trilogies, the second, 'Jazz', and lastly 'Paradise'.
She authored 11 novels as well as children's books and essays, in addition to the before mentioned awards won the National Endowment for the Humanities, the National Book Foundation's Medal of Distinguished Contribution to American Letters, the PEN/Saul Below Award for Achievement in American Fiction, and the Presidential Medal of Freedom presented by President Barak Obama. Morrison died August 5, 2019 from complications of pneumonia at 88 years old.