No story is the same to us after a lapse of time; or rather we who read it are no longer the same interpreters - George Eliot aka Mary Ann Evans (English novelist, poet, journalist, translator) 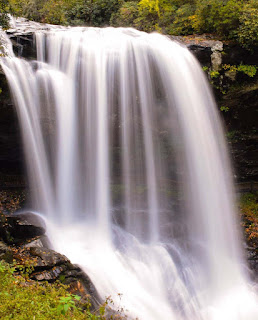 Whether still or film, time-lapse imagery takes a specific amount of time, speeding the frame rate (or frames per second) changing sometimes hours into minutes. When played at the revised normal rate, time seems to move faster, cars speeding by, flowers opening in an unusually fast pace. In contrast film can be played at a much slower rate than its original capture, slowing down and otherwise fast action, a hummingbird in flight, a punctured balloon.
In photography the same effect can be achieved by putting a camera on a tripod or other steady object, and keeping the shutter open for a desired length of time creating the effect of movement in a single image. Check out the time lapse of Google's Earth engine for some interesting aerial time-lapses. 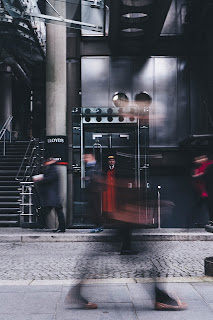 I remember seeing the movie,  Koyaanisqatsi: Life out of Balance. The word from the Hopi tribe which means 'unbalanced life'. This experimental documentary composed by Philip Glass with slow and time-lapse cinematography by Ron Frike released in 1982 is arguably one of the first of its kind to run nationally in theaters  followed by Powaqqatsi (1998) and Naqoyqatsi (2002).The Qatsi trilogy depicts different aspects of the relationship between humans, nature, and technology. I have fond memories of seeing it on the big screen and getting the soundtrack not long afterwards. It was also my introduction to Glass, making me a long time fan. The footage is of cities and natural landscapes across the US and contains no dialogue or narration.

The film looks at the world through pure, untainted eyes, the contrast of the beauty of nature and the pace of man's existence provides a stunning montage of imagery. It consists of slow motion, time-lapse, industrial and natural landscapes. Koyaanisqatsi is the best known of the three films and somewhat of a cult classic. Due to copyright issues, the film was out of print for most of the 90's but I was lucky to have a friend that had the set. We'd watch them several times over the years and I'd see something new every time.