Anyone who has ever struggled with poverty knows how extremely expensive it is to be poor - James Baldwin (American novelist, playwright, and activist) 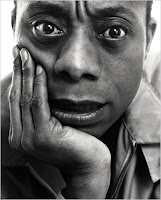 James Baldwin was once described as the prophet of the Civil Rights movement.

Baldwin's work explored complexities of racial, sexual, and class distinctions in 20th century America.
I've wanted to feature James Baldwin for some time. His work and life stood out for me as a young black girl in the 70's while looking for an identity in the art world and from where I stood at the time didn't see much. When I discovered his writings, his words seemed to leap from the pages, emanate a light of honesty and truth rarely seen at that time. It was more popular to fall in step, assimilate, be like everyone else. But Baldwin's voice, his vernacular was mesmerizing.
Baldwin's writing career began in the last years of legal segregation making him an active and key figure of the Civil Rights Movement, giving voice to blacks aspirations, and disappointments in a hostile society. His novels and plays fictionalize fundamental personal questions and dilemmas amid complex social and psychological pressures thwarting the equitable integration of not only African Americans, but also gay and bisexual men, while depicting some internalized obstacles to such individuals' quests for acceptance. Such dynamics are prominent in Baldwin's second novel, Giovanni's Room, written in 1956, well before the gay liberation movement. - Wikipedia
Baldwin broke new literary ground with the exploration of racial and social issues in America. He was especially known for his essays on the black experience. He bore witness to the reality of not only people of color but those deemed 'social outcasts', the gay and the poor .
Baldwin credits his deacon step-father for his eloquence, which he saw displayed in the pulpit during church services. His father also told him he was the ugliest child he'd ever seen and made Baldwin believe he'd never be loved. 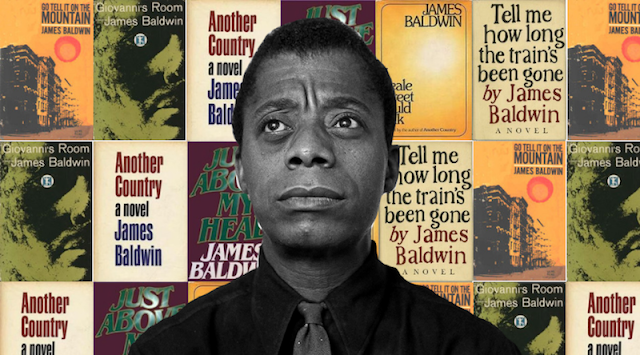 He had relationships with men, and with women but was openly gay when it was illegal and dangerous.
Just as many people of color, Baldwin left the states for Paris in 1948 disgusted by prejudice feeling he couldn't write feely or honestly where he completed 'Go Tell it on the Mountain' now considered on the the 100 best novels of the 20th century, which depicted black urban life. His books, 'Notes of a Native Son', 'The Fire Next Time', 'No Name in the Street' 'The Devil Finds Work made him a best-selling author. 'Remember This House' an essay was adapted into 'I Am Not Your Negro' an Academy Award nominated documentary and 'If Beale Street Could Talk' made into a dramatic film winning Regina King an Oscar in 2018 for best supporting actress.
His writings are still considered some of the most important literature of our time.