Throughout my life I have taken detours in acting and writing, but art remains my abiding passion. - Gloria Vanderbilt (American American fashion designer) 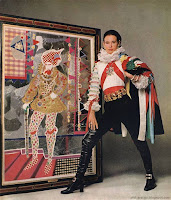 She clothed a generation emerging from the tie dye "hippie" lifestyle into a new kind of fashion. Heiress, socialite, model, artist, actor, writer, fashion designer, and mother to CNN's Anderson Cooper, Vanderbilt was accomplished in so many trades, each bringing wealth and fame to an icon.
Vanderbilt was the quintessential muse, allegedly Truman Capote based the character, Holly Golightly from his best selling novel, 'Breakfast at Tiffanys' and Paul McCartney's 'Mrs Vanderbilt' is inspired based on her life.

Vanderbilt's life was the stuff of cinema, an alcoholic father who died when she was young, an embittered custody/trust fund battle that was made into a movie. A career that in the 1970's she developed a fashion line which included perfume, interiors, and most notably jeans.  This was the time of style, labels, and to have her swan on your pocket was a type of style status symbol.
Her son, Anderson made a statement regarding his mother's passing: Gloria Vanderbilt was an extraordinary woman, who loved life, and lived it on her own terms. She was a painter, a writer, and designer but also a remarkable mother, wife, and friend. She was 95 years old, but ask anyone close to her and they'd tell you, she was the youngest person they knew, the coolest, and most modern. She died this morning, the way she wanted to - at home, surrounded by family and friends. 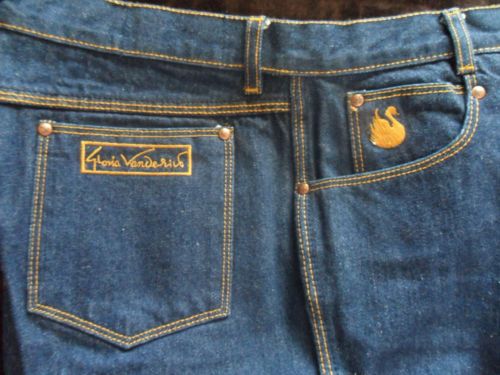