You have to be taught to be second class; you're not born that way - Lena Horne (American singer, dancer, actress, and civil rights activist) 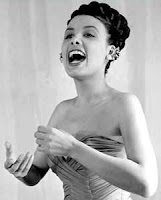 Horne took a stand against racial injustice throughout her career. She is one of the best known African-American performers of the 20th century, a multi-talented artist, who could sing, dance, and act. She came of age at the height of segregation when many acting parts for people of color were non existent, insulting or stereotypical. Horne refused these roles, spoke out against discrimination and the lack of opportunity for African Americans in the entertainment industry. She showcased her talents to be a voice for those who had none and was recognized by the NAACP for her activism regarding equal rights.
Horne's legendary career began in 1933 when at 16 she was hired to perform in the renowned 'Cotton Club' in Harlem. There she was surrounded by up and coming jazz legends including Billie Holiday, Teddy Wilson, and Duke Ellington. - Black Past
For the next five years Horne performed in several night clubs, on Broadway, and toured with the Charlie Barnett swing band as a singer. Barnett's band was white thus allowing Horne 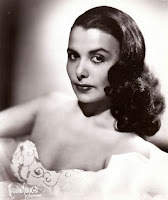 to become one of the first African American star performers who developed an appeal across American racial boundaries but refused to perform for segregated audiences.
I'd always heard that Horne passed as white in her early films, something that seems absurd today. While researching for this post I couldn't find any documented evidence to support this rumor. She did, however admit in an interview in 1980 in recanting her secret marriage to Lennie Hayton, in 1947 until his death in 1971.
"You must know that in the beginning I didn't marry Lennie [her deceased Caucasian husband] because I was in love with him. I respected him because he knew a lot of music and I knew that I had to learn how to sing. I callously realized that I would have to associate with a White person to get the things I wanted professionally. It was just that I was alone and I had two children and was gonna take care of them." - I Love old School Music
She was one of the most prominent entertainers at the 1963 March on Washington and performed for other civil rights rallies across the nation.
Horne received many awards including a Drama Critic's Circle Award, a special achievement Tony Award, a Kennedy Center honor for lifetime contribution to the arts, and a Grammy Award for lifetime achievement.