There is no such thing as inaccuracy in a photograph. All photographs are accurate. None of them is the truth. - Richard Avedon (American fashion and portrait photographer) 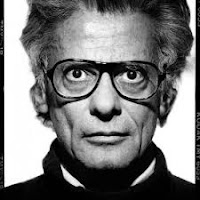 Joining a camera club at age 12, working on the school paper at 14 and his time in the Marines during World War II photographing IDs, Avedon used photography to feed his eagerness of and escape from the world. Perhaps these varied perspectives is how he developed his iconic style, in fashion, immortalizing celebrities, and my personal favorite, documenting everyday people. He captured emotion and the essence of his subjects in a way other photographers of his time didn't do.
His professional career began as an advertising photographer, expanding into Harper's Bazaar in 1946. Then 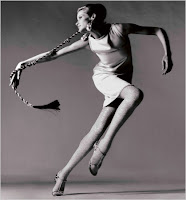 came Vogue, Life, Look, and others. His style was unique because he showed models in action, smiling, laughing, waving, often in outdoor settings, considered radical at the time. It's said he was initially denied the use of the studio at Harpers, which sent his work to the streets.
By the 1960's Avedon was making studio portraits of civil rights workers, politicians and cultural dissidents of various stripes in an America fissured by discord and violence. He branched out into photographing patients of mental hospitals, the Civil Rights Movements in 1963, protesters of the Vietnam War, and later the fall of the Berlin Wall. - Wikipedia 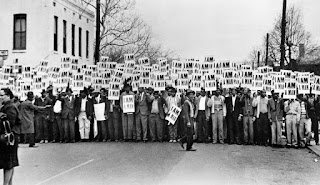 His series, 'American West', large format portraits of the working class, drifters, miners, etc. is arguably his best work, extremely popular and became a best-selling book. It marked an important time in 20th century photography and I was surprised to discover when researching for this post that the series had been commissioned by the Amon Carter Museum in Ft. Worth, Texas. I remember in 1985 driving an hour to this museum and standing in line even longer to see this exhibit. I loved the huge, high contrast of the subjects against the white background forcing the viewer to take it all in. This work was riveting and I think that's when I became an Avedon fan. 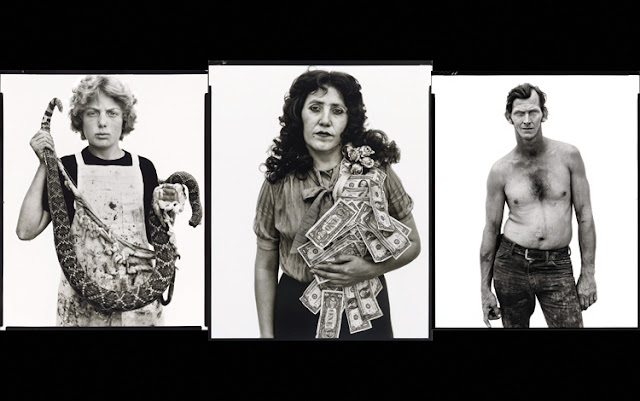