I decided to start anew, to strip away what I had been taught. - Georgia O'Keeffe (American artist)

Georgia O'Keeffe was paramount in the development of American modernism 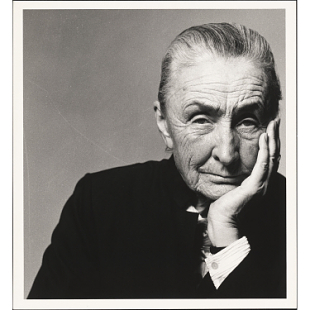 Known for painting large flowers, buildings, and Mexican landscapes, Georgia Totto O'Keeffe began her art career at 18 and although she ranked top of her class at School of Art Institute in Chicago, she felt limited by the structured, formal training. O'Keeffe incorporated the techniques of other artists and was especially influenced by Paul Strand's use of cropping in his photographs. She was one of the first to adapt his methods in her paintings. O'Keeffe did not follow any specific artistic movement, she experimented with abstract motifs from nature, worked in series, synthesizing 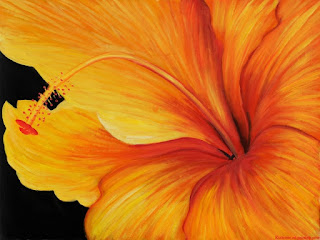 abstraction and realism to produce works that emphasized the primary forms of nature. While some of these works are highly detailed, in others, she stripped away what she considered the inessential to focus on shape and color closeups of uniquely American objects that were highly detailed, yet abstract. She preferred this alternative to realism accentuating design and composition and experimented with it for two years while teaching art in west Texas and South Carolina. Seeking to find a personal visual language through which she could express her feelings and ideas, she began a series of abstract charcoal drawings that represented a radical break with tradition and made O'Keeffe one of the first American female artists to practice pure abstraction. This series was exhibited in New York that launched her recognition as one of America's most successful artists and also became known for her paintings of New York skyscrapers, an essentially American image of modernity, as well as landscapes and flowers. Through her intense 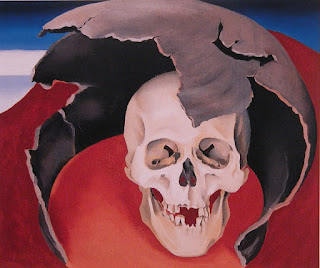 observation of nature, experimentation with scale, and distinct use of line and color, O'Keeffe's art remained grounded in representation while pushing its limits. She began traveling to Mexico. The stark landscape, distinct indigenous art, and unique regional style of adobe architecture inspired a new direction in O'Keeffe's work. She spent part of the next twenty years living and working in New Mexico and made it her permanent home in the late 1940's. O'Keeffe's art was outside the mainstream as she was one of few artists to adhere to representation in a period when others were exploring no-representation or had abandoned painting altogether. Her New Mexico paintings coincided with a growing interest in regional scenes by American Modernists seeking a distinctive view of America. Her simplified and refined representation of this region express a deep personal response to the high desert terrain. O'Keeffe began to travel internationally and create paintings that evoked a sense of the places she visited. At that time, she created a new series of the clouds and rivers of the mountain peaks of Peru and Mount Fuji. 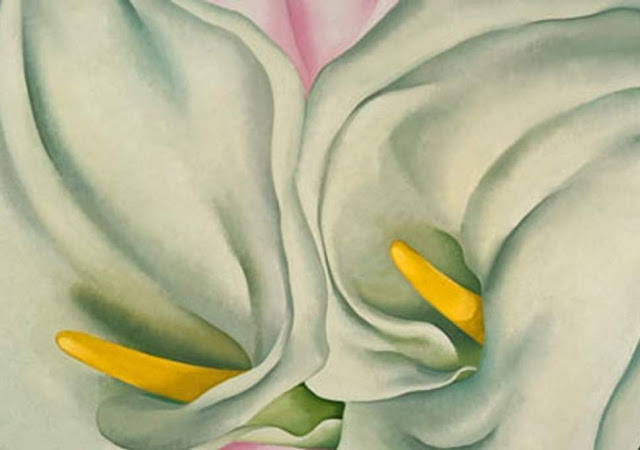 O'Keeffe's health began to suffer, diagnosed with macular degeneration and with her failing eyesight and painted her last unassisted painting in 1972. She once said the smell of turpentine made her sick. Late in life, and almost blind, she enlisted the help of several assistants to enable her to again create art. In these works, she returned to favorite visual motifs from her memory and vivid imagination. She died in Santa Fe March 6, 1986 at the age of 98.