Creation is everything you do, make something. - Ntozake Shange (American playwright and poet) 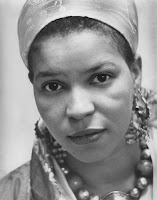 She was also a playwright, performance artist and novelist. Known in her writings for her feminist, themes of racist and sexual anger she authored many books and plays. Born Paulette Williams she took the name "Ntozake" (she who comes into her own things) "Shange" (she who walks like a lion) during her time in college at USC where she also performed and danced. 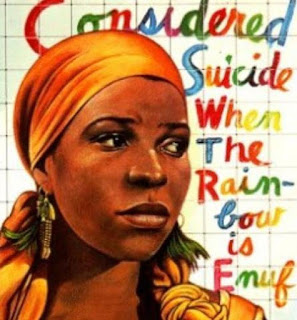 Best known for the award winning play, 'For Colored Girls who have considered Suicide / When the Rainbow is Enuf'. Her first project, 'Colored Girls' performs 20 poems on the power of black women's survival in the face of despair and pain in a racist and sexist society combined with dance movement and music, coined "choreopoem" by Shange. This piece casts  seven African-American women each identified by a different color, intermingles stories of love, empowerment, struggle and loss. It has been performed on and off Broadway, adapted into a book, a television production and major motion picture.
Shange passed away October 27, 2018 leaving a vast platform of work that will be remembered for ages.
In addition to "Colored Girls', her many books (as well as some for children), novels, essays, poems, and plays include: 'Betsey Brown', Liliane, 'Coretta Scott', 'Daddy Says', 'Boogie Woogie Landscapes', 'Three for a Full Moon', 'Black and White Two Dimensional Planes', 'Where Mississippi Meets the Amazon', 'Melissa & Smith', 'Nappy Edges', 'Some Men', 'Blood Rhythms', and 'Poet Hero', just to name a few and won numerous awards for her body of work.
About her writing, the poet Ishmael Reed said, "No contemporary writer has Ms. Shange's uncanny gift for immersing herself within the situations and points of view of so many different types of women" - poets.org 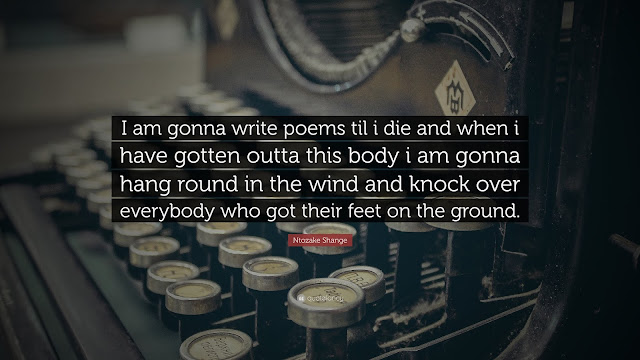 Ms, Shange was 70 years old, and having suffered several strokes had returned to poetry readings and was working on a book about dance at the time of her death.