This is my genre...the happiness, tragedies, and the sorrows of mankind as realized in the teeming black ghetto. - Jacob Lawrence (American painter, and educator)

Jacob Lawrence was more than a painter. 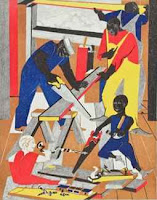 He was also an educator, storyteller and interpreter. Lawrence called his primary style of art "dynamic cubism". He was known for his modern illustrations of everyday existence, brought the African American experience to life and taught 15 years as a professor at the University of Washington.
Lawrence was heavily influenced by the surroundings of his community during the years of the Harlem Renaissance, it's shapes, resonance and lively colors. His vibrant and bold paintings combined social realism with abstract modernism to tell stories of liberation, resistance and resilience.
Recalling the impact of the sights and sounds of Harlem when he first arrived there in 1930, Lawrence referred to the "endlessly fascinating patterns" of "cast-iron fire escapes and their shadows created across the brick walls." He remarked on the "variegated colors and shapes of pieces of laundry on lines stretched across the back yards...the patterns of letters on the huge billboards and the electric signs." Ordinary everyday tasks, events and routines sparked Lawrence's imagination. He used what he saw around him to document the people, visual culture, movement, color, sounds, and spirit of the community. - whitney.org 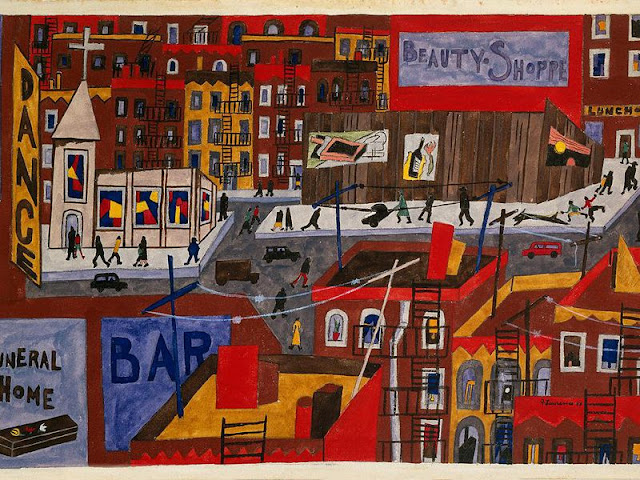 Lawrence was conscious of the lack of Black history taught in public schools and spent hours at the public library pouring over countless materials, memoirs, historical texts, newspapers, etc., and translated this information into images, linking them to contemporary political struggles of the country, both in the North and segregated South.
He wanted to paint depictions of himself in portraits as the viewer can imagine him or themselves in similar positions and his ability to convey the humanity of everyday life such as war, religion, and civil rights, is one of his greatest artistic feats. Lawrence often worked in series, using numerous individual panels to tell a story. In 1938 he was the first artist of color to be represented by a major New York gallery. He gained national attention at age 25 with his 'Migration Series', 60 panels painted on cardboard which depicted the 'Great Migration' of African Americans from the rural South to the urban North and West of which a portion was featured in a 1941 issue of Fortune Magazine. He painted the stories he'd been told, the harsh racial injustice and economic difficulty African Americans faced in the South and the opportunities that brought them to places of greater hope. The series has been split and now housed in the Philadelphia Collection in Washington, D.C. and the MOMA in New York, one having the odd numbers and the other the even ones. This was a groundbreaking accomplishment for Lawrence. It was the first time that MOMA purchased artwork by an African American Artist. A number of his works are among the collection of the Smithsonian's museums. 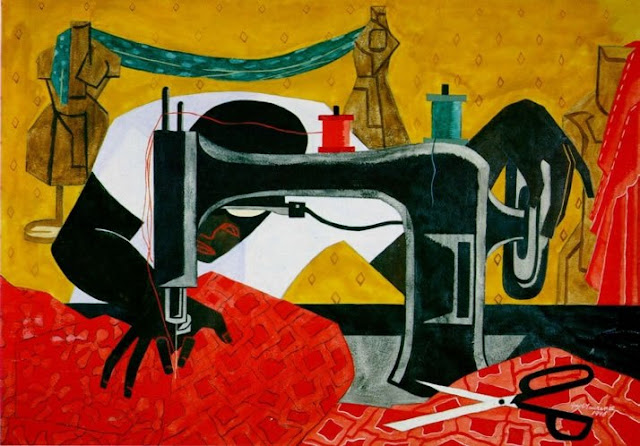 When I was in my twenties I applied for a summer internship to work with him at the Dallas Museum of art. It came as no surprise when I wasn't chosen. I was a bit older than the other candidates as well as already working full time in the photography industry. It didn't matter, I just wanted to work with and learn everything I could from him.
Lawrence was born in Atlantic City 101 years ago on September 7, 1917.