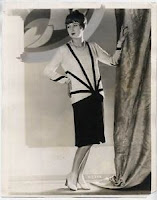 Part tribal, part geometry, part Cubist, part Bauhaus, Art Deco is a style of combined visual art, not to be confused with Art Nouveau, its more decorative cousin, Deco, as it is sometimes called, is more streamlined, minimalist, emerging from the Industrial Revolution, and the Jazz Age respectively. It first appeared in France just before World War I taking its name, short for Arts Dècoratifs. It was the most fashionable international design movement in modern art from 1925 until the 1940s. Derived from the earlier Arts and Crafts Movement, Art Deco owed something to several of the major art styles of its time. The geometric forms of Cubism, the machine-style forms of Constructivism and Futurism, 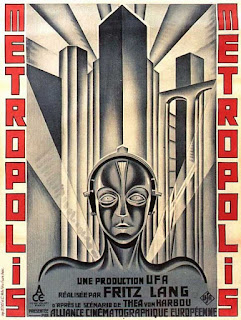 the exotic styles of Native American, Asian and Mayan art, also borrowing from Egyptian art, as well as Classical Antiquity. It embraced all types of art, decorative art, interior design, furniture, jewelry, textiles, fashion, architecture, and visual arts including film. Fritz Lang's 'Metropolis' is rife with Art Deco style. Spanning the globe Deco was the backdrop to the "Roaring Twenties" and the Great Depression of 1930 up to the second World War. Art Deco was initially a style depicted in costly materials like silver, crystal, ivory, jade and lacquer evolving later with cheaper and mass-produced sources like chrome, plastic, etc., catering to the growing middle class' taste for a design style that was elegant, glamorous, and functional, influencing everyday objects such as cars, vacuum cleaners, as well as movie theaters, trains, and ocean liners. 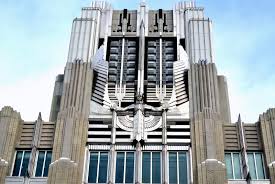 The Chrysler Building and other skyscrapers of New York built during the 1920's and 30's are dedicated to the Art Deco style. Its distinguishing features are clean lines, simple shapes with a streamlined look. During it's heyday, this style represented luxury, glamour, social status and technological progress. Characteristic motifs included nature, nude female figures, animals, foliage, and sun rays in conventionalized forms. Its popularity saw decline during the late 30's and early 40's seeming too ostentatious for wartime, after which it quickly fell out of fashion but saw a resurgence in the 1960's heavily affecting the Pop Art movement, and again in the 1980's, amid growing interest in graphic design, the style appearing in numerous jewelry and fashion ads. 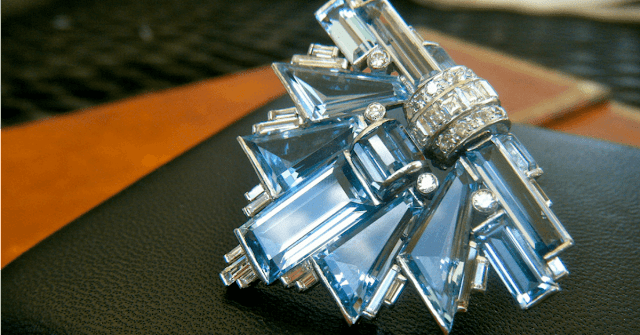 IMO, one of the best recent vehicles that highlights the Art Deco movement is the film adaptation of 'The Great Gatsby' with Leonardo DiCaprio. This visually stunning movie won over 20 awards including Best Costume Design, and Best Production Design.

Hi Art lovers!
I am very close to launching my blog, and really excited but working out some important behind the scenes details to make sure everything performs as it should. I hope to get lots of feedback, comments, and suggestions as we all get high on art!

The list of my favorite photographers is varied and long.
I'll Try to keep it down to 5. Instead of too much bio I decided to let the work speak for itself.

Margaret Bourke-White started as an architectural and commercial photographer and throughout her career was the first American female war photojournalist who was Life magazine's first female photographer and have her work grace the cover.
Irving Penn was one of the first to approach photography from an artistic view, known for his still life, fashion, portraits,  and printmaking. He was Vogue magazine's top photographer for over sixty years.
Diane Arbus started in fashion (worked for Vogue magazine in her early career) and advertising photography. She was considered radical due to the subjects…

These actors are amazing painters!I know this subject isn't new but recently I saw a short film about Jim Carrey and his paintings. I have seen many of his films and don't consider myself a fan, but damn, he is an incredible painter! Also, his philosophy on art and the attitude about art was impressive. His paintings and the reason he went back to it after many years was touching (click his name in the link below to watch it). I showed the video to my husband who informed me that Billy Dee Williams is also an accomplished artist. My personal definition of 'accomplished' is that the work would still be gallery worthy without the star status of the actor and chose some of the ones that would thrill me to have in my own collection. With a little research (and personal opinion) I think I dug up some pretty good stuff.

Jim Carrey:
Billy Dee Williams on being a painter: When you're painting you just lock yourself up in your little private world. And it's all about yo…