I paint things as they are. I don't comment. Henri de Toulouse-Lautrec (French artist)

Born in 1864, Henri Marie Raymond de Toulouse-Lautrec-Monfa is the artist who created the infamous 'Moulin Rouge' posters and among the best known of the Post-Impressionist painters.
Known for his small stature, Toulouse-Lautrec suffered from health issues sometimes attributed to a family history of inbreeding and his parents were first cousins. At ages 13 and 14 he broke one leg and then the other neither healing properly. Unable to be physically active he immersed himself and excelled in art, creating a colorful, enticing elegant, often provocative style. He became an important painter, lithographer, and illustrator.
He was fascinated by the bohemian lifestyle of the late 19th century Paris which he described as the "urban underclass" befriending theatrical characters, frequenting with prostitutes and often used them as the subject of his paintings. This activity was considered decadent of the times but his work was still popular in spite of or perhaps because of its taboo. 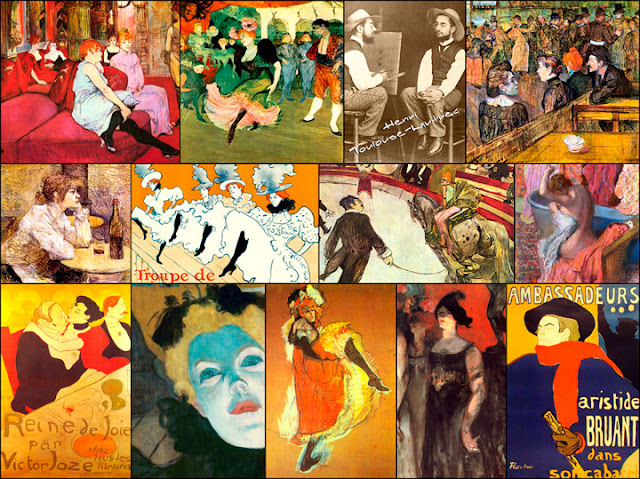 Although Toulouse-Lautrec suffered from addictions, alcoholism, and plagued with health issues he created 737 canvased paintings, 275 watercolors, 363 prints and posters, 5,084 drawings, an unknown number of lost work, and has been portrayed in numerous films. He died at 36 from complications associated with alcohol abuse and syphilis he reportedly contracted from Rosa La Rose, a prostitute who was the subject of several of his paintings.

Toulouse-Lautrec contributed a number of illustrations to the magazine "Le Rire' during the mid-1890s.