Everyone, and I mean everyone is talking about Black Panther. 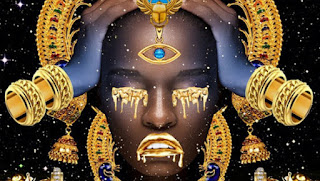 I'm not much into comic books but I love sci-fi and will sit through anything for good special effects. I haven't seen it yet but I can see it's rife with Afrofutururism, a phrase coined in 1993, the intersection of African/African-American culture: literature, music, art, etc. with technology, featuring futuristic or science-fiction themes with elements of black history and culture. Considering many African Americans don't know a lot about their lineage the idea of this Utopian existence seems IMO optimistic, non-fiction. This could be one of those instances where life imitates art instead of the other way around. 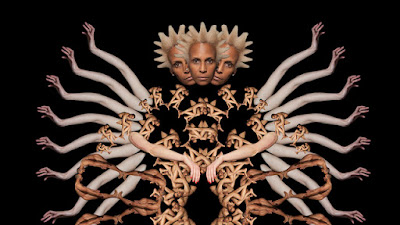 In Mark Dery's essay, Black to the Future he asked: "Can a community whose past has been deliberately rubbed out, and whose energies have subsequently been consumed by the search for legible traces of its history, imagine possible futures? Furthermore, isn't the unreal estate of the future already owned by the technocrats, futurologists, streamliners, and set designers - white to a man - who have engineered our collectives fantasies?"


Afrofuturism has long been depicted in music, and Parliament Funkadelic's Mothership Connection was some of my first exposure to this melange of influences and as recently as Janelle Monae's album, Metropolis, my favorite of hers.


This Missy Elliott video is definitely worth a look: