Propaganda does not deceive people; it merely helps them deceive themselves - Eric Hoffer (American writer) 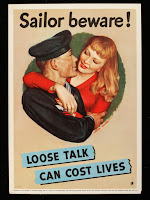 Propaganda is non-objective and used primarily to influence and further an agenda, often by presenting facts selectively to encourage a particular synthesis or perception, to produce an emotional rather than a rational response to it's information. Most commonly, propaganda is associated with material prepared by governments, activist groups, used mostly during times of war, but companies and the media can also produce propaganda. The term has been associated with a manipulative approach but was historically a neutral descriptive term.
I like them for their strong graphic treatment. 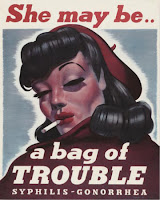 Wartime propaganda of the 30's and 40's didn't stop at the enemies on the other side of the trenches. Sexually transmitted diseases were sexist, rife with guilt and scare tactics that targeted soldiers and solicited to their patriotism, family, morality, and pride to stay away from women and avoid venereal disease.


Today this style is still used to sway, political and moral opinion but it's also used in changing new technologies, including paintings, cartoons, films, websites, radio and TV shows. It could be argued that advertising is it's own propaganda as shown here: 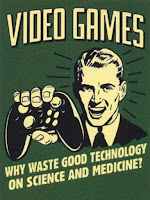 Art Design It's Art too Propaganda