I was raised to be charming, not sincere - Into the Woods (stage production and motion picture)

on November 27, 2017
I can't recall the first musical theater production I saw, but I do remember the last one.


It was my third time seeing Wicked, not the original cast (and not counting the times I've watched the bootleg version, allegedly) but it was amazing as always. Before that, it was Into the Woods, the movie adaptation which was nicely done since I'd only seen a download with my friend Chas. I enjoyed them both. My husband however, who saw the movie with me, was in his own personal hell. If it weren't for the movie versions, I might never have seen the ones I've listed below. These days it's more convenient than live theater (which is sadly, more expensive than ever).
These are only a few of my favorites and BTW I know the musical numbers to almost all of them. 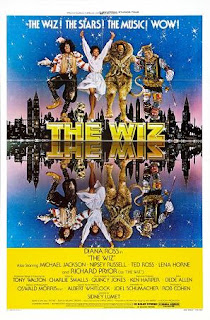 My Mom loves telling how I used to perform this for her when I was younger. She was always extremely entertained.

When Harlem schoolteacher Dorothy (Diana Ross) tries to save her dog from a storm, she's miraculously whisked away to an urban fantasy land called Oz. After accidentally killing the Wicked Witch of the East upon her arrival, Dorothy is told about the Wiz (Richard Pryor), a wizard who can help her get back to Manhattan. As Dorothy goes in search of the Wiz, she's joined by the Scarecrow (Michael Jackson), the Tin Man (Nipsey Russell) and the Cowardly Lion (Ted Ross). - Google 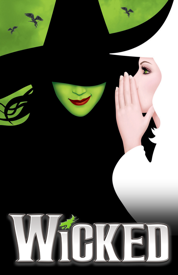 People say once you've seen Wicked you'll never look at the Wicked Witch of the West the same again. If you've seen it, you probably agree. I do. 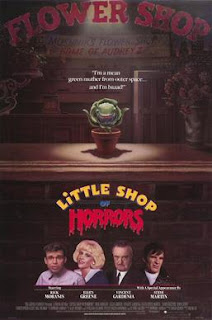 Meek flower shop assistant Seymour (Rick Moranis) pines for co-worker Audrey (Ellen Greene). During a total eclipse, he discovers an unusual plant he names Audrey II, which feeds only on human flesh and blood. The growing plant attracts a great deal of business for the previously struggling store. After Seymour feeds Audrey's boyfriend, Orin (Steve Martin), to the plant after Orin's accidental death, he must come up with more bodies for the increasingly bloodthirsty plant. - Google 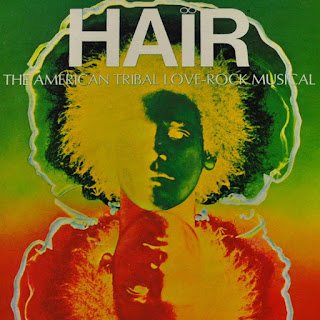 In New York City for the first time while on his way to enlist in the U.S. Army during the Vietnam War, Oklahoma farm hand Claude Hooper Bukowski (John Savage) meets up with a freewheeling group of Central Park hippies led by the irrepressible George Berger (Treat Williams). When the unlikely friends meet upper-middle-class debutante Sheila Franklin (Beverly D'Angelo), sparks fly between the country boy and the city girl, and Berger's troupe attempts to keep the young lovers together. - Google 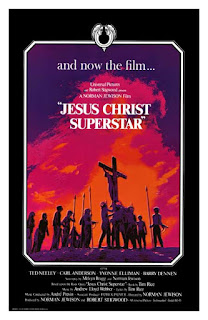 Andrew Lloyd Webber stated it was made into a movie before the stage production because he couldn't get funding and when touring was met with controversy, protests, pickets, and bombings. It has recently been re-imagined on film available on YouTube with a sparse  modern-ish set design (a lot like Julie Taymor's Titus, another favorite) and cinematography much like the original (which was modern for the 70's).

Recounts the last days of Jesus Christ (Ted Neeley) from the perspective of Judas Iscariot (Carl Anderson), his betrayer. As Jesus' following increases, Judas begins to worry that Jesus is falling for his own hype, forgetting the principles of his teachings and growing too close to the prostitute Mary Magdalene (Yvonne Elliman). After Jesus has an outburst in a temple, Judas turns on him. -Google